Bill is about to star in a new series. HUDSON FALLS was shot during the COVID pandemic and Bill and the show’s writer Elias Plagianos talks about trying to film a pilot during such difficult times. Transcript can be found below the video.

The COVID-19 pandemic changed practically every facet of life. For filmmakers, it prompted a different type of creativity. A Rockland County resident was one of the first to film when New York reopened, and decided to shoot a TV pilot entirely in Rockland. He and one of the show’s actors spoke with WAMC’s Hudson Valley Bureau Chief Allison Dunne.

Indie filmmaker Elias Plagianos says he turned to just writing when society more or less shut down during the pandemic, and came up with an idea for a show he could film locally.

“Part of the inspiration was a lot of my friends had gone to Cornell University, which is in upstate New York, and they would always tell me these horror stories how people would always, out of pressure, jump off these gorges,” Plagianos says. “Cornell has a lot of different subjects, but I decided to go with science, and then I just thought a little bit more about upstate New York and what are some of the things, driving forces, and I noticed how a lot of these corporations kind of runs these small towns. So I decided to join a corporation that runs a small town and have a university involved, and wrap it all up in a murder-mystery.”

“Hudson Falls” tells the story of an LGBTQ science professor who mysteriously quits her job at a university and opens a craft brewery. Things get complicated when a private eye comes to town to serve her legal papers and the secrets of this small upstate university town begin to unravel. Plagianos, whose film and television projects have won Best Director, Best Feature Film, Best Short Film, Best TV Pilot and Best Actor awards for his cast at more than 75 International Film Festivals, says he was inspired by Poughkeepsie, with its colleges and craft breweries in creating the fictional town, Hudson Falls — not to be confused with the village in Washington County. And the fictional college campus, of course, is based on Cornell. Plagianos says the scenes were shot in different parts of Rockland County.

“We shot a lot of it in Clarkstown, down Route 304. There were a lot of car scenes, so you would recognize that. We shot in front of the Clarskstown Police headquarters. We shot certain scenes in Pearl River, New York, where they have a little like a studio there at Blue Hill,” says Plagianos. “Yeah, I really love shooting here. It’s so close to the city. The actors could drive up, and it’s like a whole different world.”

“What was it like to shoot in the COVID times? How did you handle production, the actors, things like that?” Dunne asks.

“Yeah, it was a wild time. We shot this in July, and it was the first week that New York state allowed filming. And the rules and the regulations were literally changing every morning. We would wake up and we’d have to add some new safety measure or take new tests. So we were guinea pigs for how this production would work,” says Plagianos. “And it was, it was very challenging but, in many ways, we found it a little bit easier because, the way we shoot, we don’t usually use big crews and a lot of lights, and things like that but, on this particular project, to make it extra safe and because we were one of the first, we decided to do something that many crews would never do, we shot the film with essentially no crew, only a cinematographer, someone to record sound and a set dresser. So that left me as a director and a handful of producers doing a lot of the work. The other really big challenge was directing actors with a mask on because they can’t really see how you’re feeling or if you’re joking or being serious. And the other, the last thing was the actors had to be six feet away, so that was our third challenge.”

“I was reluctant to do this with Elias. First of all, I love, I love, I love Elias. I did a pilot with him called ‘Shoot Me Nicely” a couple years ago that went on to win 40 awards and what have you. But he called in the middle of this the pandemic and said, I’m doing this thing, can I send you the script and would you like to do it. And it took a little convincing because I have some underlying health issues, and I was not, I’m not interested in catching this thing or bringing it home to my wife and family,” Sadler says. “As it turned out, I could drive myself to the location. Everybody was tested repeatedly. The COVID protocols that they put in place were terrific and I, in the end, I felt safe enough to do it.”

Sadler, whose mother died from COVID in the spring, says there were changes to the script to accommodate COVID-19 protocols.

“I was joking with Elias. I said, why don’t you shoot it in Poughkeepsie. Then you’d be only 10 minutes away from me. I only do things that I can drive to these days because I don’t want to get on a plane. I don’t feel safe travelling great distances, and so this was kind of tailor-made,” Sadler says. “We shot outdoors, which made it safer. They changed… in the original script, it was supposed to happen in my character’s office with several other people. They cut it down to one other person, and the scene takes place out on a sunny hillside.”

He describes a day on the set where actors did their own hair and makeup.

“Like I said, I drove through the set, somebody in PPE took my temperature before I got out of the car. Then I walked to a little tiny tent, and they’d laid out my clothes, I put the clothes on, I combed my hair, walked to the set, we rehearsed with the camera guy, sound and props person, and Elias, and that was it,” says Sadler. “We rehearsed and we shot it and I got back in my car and drove home. It was, it was really kind of barebones.”

Plagianos, who lives in Clarkstown, says he wrote the pilot knowing he’d be on set during COVID, but wasn’t sure what guidelines, including social distancing, would be in place when it came time to actually shoot the pilot. So scenes involving intimacy, for example, used some camera tricks.

“Most of these scenes are one-on-one scenes,” says Plagianos. “And there are intimate moments, but we did that by shooting cleverly, having a shoulder in the frame, so you felt like they were together but, if you look at the film closely, there’s rarely a shot where two actors are both in the same frame.”

Sadler says paring it all down brought out creativity.

“For example, my character, he’s an eccentric billionaire, inventor, who runs an enormous chemical company, and we find him out… and the reason that he’s outdoors is because he’s painting. He’s doing this plen air painting when we meet him. And it sort of opened up this, and of the color, it wasn’t’ there before. It wasn’t in the script,” Sadler says. “The constrictions that the COVID protocols put on the shoot actually, I think, in some ways, forced us to get creative and look in other directions. It made other things happen that wouldn’t have happened otherwise.”

Meantime, during the pandemic, a film with Sadler came out, the long-awaited third installment in the “Bill & Ted” film series in which Sadler plays the Grim Reaper — “Bill & Ted Face the Music.” Sadler wonders about the long-term impact COVID will have on filmmaking. 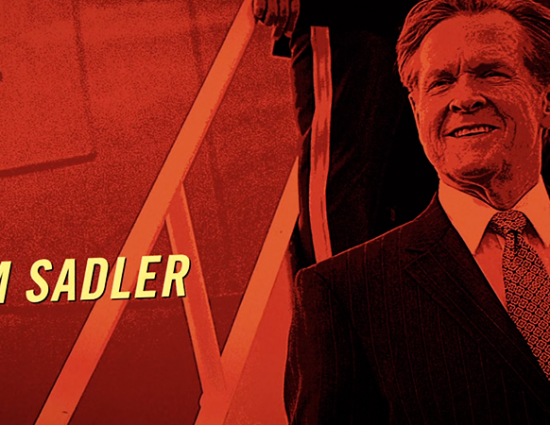 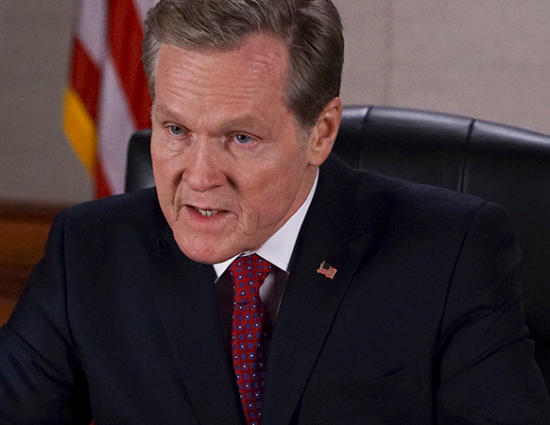