To say I’m honoured is understating it. I have been fortunate to receive a message from William/Bill in support of this site. He has also graciously allowed me to post the note he sent me. I want to say thank you from the bottom of my heart for his kindness. Here is what he had to say:

Hi guys,
I just wanted to say thank you for your amazing web site. I’ve been working at this acting craft for a very long time and it’s truly gratifying to see that people have been watching all these years. Let me know if you have questions I can help with and keep up the good work!
Best,
William Sadler

PS..feel free to post this note if you wish.

Third post for the night. Gee it’s good to be back….. We have a trailer for Bill’s upcoming horror film SHE CAME FROM THE WOODS where he plays the part of Gilbert McCalister. Enjoy.

The horror genre is no stranger to films set at a summer camp where people inevitably end up dying in a myriad of horrible ways. She Came From The Woods is the latest example of this trope, and one that seems to be doubling down on it given it takes place in 1987, which was a time rife with summer camp killers.

Summer is almost over a Camp Briarbrook! And that means it’s time to shotgun some beers around the campfire while you accidentally invoke a decades-old evil that lives in the surrounding woods. That evil (apparently in female form, given the title) then starts murdering campers and their counselors. Does she do so on her own, or does she possess people? The trailer isn’t clear on that front, though it is clear that many people get murdered in various bloody ways.

I’m not one to judge a movie by its trailer, but if I’m being honest, this trailer makes the movie not seem particularly good, not least because I can’t tell if this is supposed to be a horror comedy or a serious slasher or something else entirely. I could be wrong, however, and this film could be the next Oscar contender. You never know!

If you want to decide for yourself, you can check out She Came From The Woods starring Cara Buono (Stranger Things) and William Sadler (The Shawshank Redemption) when it slays its way into theaters on February 10, 2023.

For our first official uploads since the return (and it’s oh so good to be back), I will be offering images from Bill’s 1994 telefilm BERMUDA GRACE where he played the part of Philadelphia detective, Sam Grace. The two-hour movie would have been the pilot to a series on NBC, however, those all mighty ratings didn’t bode well. The movie is fun and it shows Bill’s comic side. The movie also starred David Harwood (also of Homeland), George Harris (Black Hawk Down), and Serena Scott Thomas (The World is Not Enough). 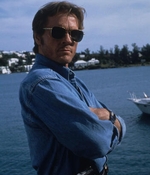 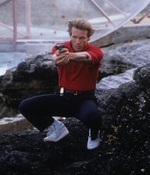 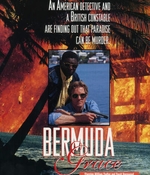 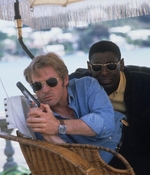 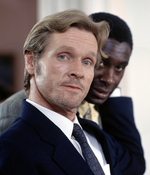 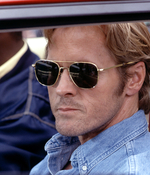 Good news. We’re back on the web. It seems the issues were the depleted server on the other host. Now we’re on the new host, good things are happening. The gallery is also back and stable. Thank you for sticking with me and for your understanding. I’m making this post from the stable site. Now it’s back to business as usual. I’ll have some more things to say in the coming days. To celebrate our grand return, the featured image is of Bill from the 1992 film TRESPASS where he played the part of Don Perry. The film was directed by Walter Hill, and also starred the late great Bill Paxton (Vince), Ice-T (King James), Ice Cube (Savon), and Art Evans (Bradlee).

A bit of an update on when the rest of Bill’s ROSWELL episodes will be done. I am currently attempting to write my first novel and most of my time is dedicated to either outlining, or research. I’ve had little time for anything else other than regular household and family stuff. I do plan on resuming soon. I want to get all his work done on ROSWELL, however, there is a lot of work to be done. Please be patient as I get those done. And I’m also trying to get up a new layout. This one has been up since the site went up and I think it’s time for a refresh.

I had these ready a couple of days ago, but I’ve been having logging on issues with trying to get into the site. Hopefully I can finish this post before I’m logged out again and the site becomes unreachable to me. So here we go.

Bill was in a four episode arc in the Epix series BERLIN STATION as the character Clay Williams. an edgy, authoritative, lifetime military man and Director of the Counter Terrorism Center who arrives at Berlin Station with a mission to help solve a difficult situation. As always Bill is amazing in it. 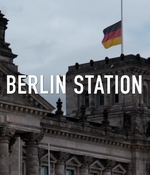 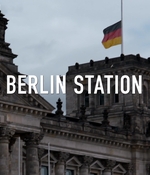 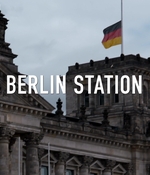 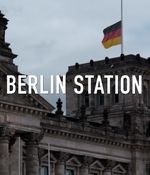