Sadler reaps acclaim as Death in 'Bill and Ted' 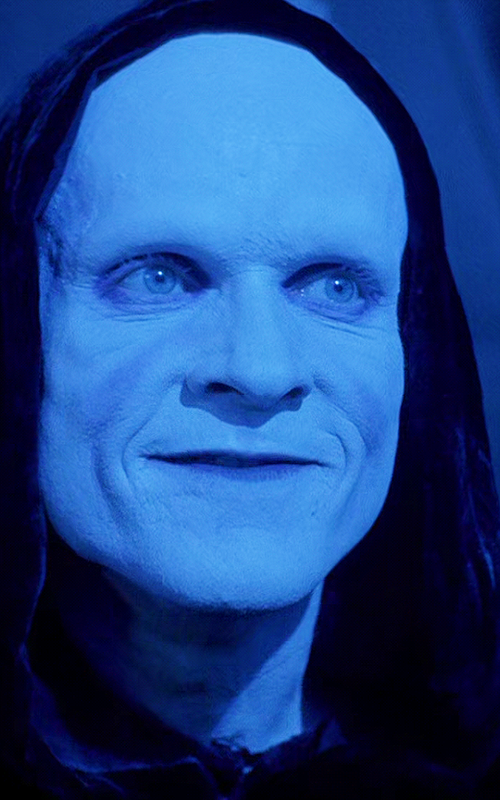 William Sadler has been around Hollywood for a good while, playing among other roles the terrorist in “Die Hard 2” and the murderous extortionist in “Hot Spot.” He won some attention along the way, but he seemed doomed to play supporting heavies. Then “Bill and Ted’s Bogus Journey” came along, and all of a sudden, Sadler is a comic find.

In the film, Sadler plays The Grim Reaper, or Death, as Bill and Ted call him. The boys are bounding between heaven and hell when they meet Death at the gates of hell.

It’s a very funny scene, and Sadler gets all the laughs. In fact, it’s Sadler who brings the film to life. Most critics have noted this, and naturally, Sadler is pleased.

“Better late than never,” he says.

“I was a mean SOB in ‘Die Hard 2,’ but there was nothing striking about it,” he said. “People expected him to be that way, but no one expected to see Death, something out of an Ingmar Bergman movie, in a ‘Bill and Ted’ comedy.”

He had to audition for the role several times. The first time he was told he was too young, so he asked a friend, a makeup man, to make him look older. “He made me look about 70, and when the audition was ended, I had the role.”

Sadler laughs at that. He laughs and jokes a lot, something you wouldn’t expect from a man who has played so many villainous characters.

“Actually, I began my career as a stand-up comic in Buffalo,” he says. “I was known as Banjo Bill

Sadler. I told jokes and played the banjo. I enjoy being funny. I’m good at it.”

The Bill and Ted role “came out of left field, and it was great for me,” he says. “Maybe they’ll do a spinoff of the character. He can do movies like ‘Reaper Madness,’ and ‘Reapers of the Lost Ark.”

As the Grim Reaper, Sadler wears long black robes, carries a scythe and is pale white. “It took three and a half hours to put that makeup on each time. I had to wear a full head mask.”

Sadler appears as himself in other parts of the film, scenes in which families in different parts of the world respond to Bill and Ted’s doings. “It was my idea to appear as myself, and that’s my real wife and my real son in those scenes with me. My boy is 5 years old.”

Sadler says he wants to do more comedy. “I’d like to do romantic comedy,” he says. “I think I’ve pretty much explored the evil, cold-blooded villains for the moment.”

It’s his looks. They do work against him.

“I suppose so,” he says. “Whenever they want an angular Aryan killer, they think of me.”

Before he went to Hollywood, he did about 75 stage productions, among them, Neil Simon’s “Biloxi Blues” on Broadway. He also did a few films, including “Ragtime” and “Hanky Panky.”

He has had continuing roles in the television series “Dear John” and “Roseanne” and did a few television movies, among them, “The Last To Go” with Tyne Daley and “Tagget” with Dan Travanti.

“It let me move into a different arena, but I was still the angular Aryan killer, and I don’t know why,” he said. “I’m really the nicest guy I know.”

If the producers make plans to do a sequel to “Bogus Journey,” would Sadler be interested in reappearing as The Grim Reaper?

“I don’t know,” he said. “I’ll read it and see. I’m still hoping for the spinoffs. How about ‘Each Dawn I Reap’.”
Copyright © 2021, The Baltimore Sun, a Baltimore Sun Media Group publication | Place an Ad