On behalf of WILLIAM SADLER ONLINE I’d like to wish Bill the happiest of birthdays. He turns a young 71 today and here’s hoping he spends it with Marni, Sadler, his daughter, grandbabies, and Raj. Take care dear man. 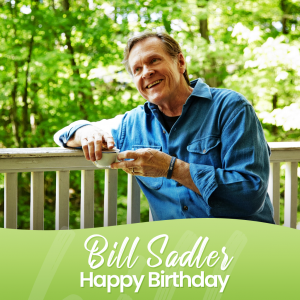 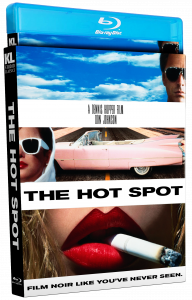 An update to an earlier album in the gallery. 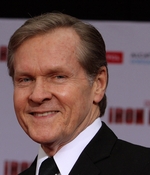 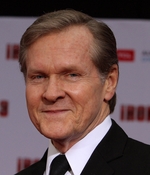 There are times when it’s impossible to have high definition screencaps of Bill’s work This is so of his work from the 1980s where there are only regular DVD versions available for some. OFF BEAT is one such case. Bill plays Dickson in this film from 1986. He’s in the beginning of the film with really no lines. His scenes are with character actor, John Kapelos (The Breakfast Club, Forever Knight). 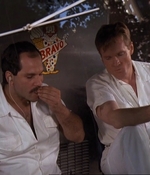 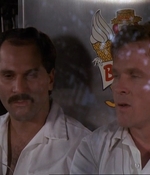 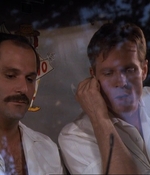 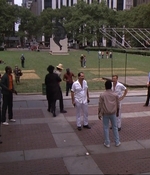 A Youtube videoer named BGSU33 made a video of all the locations used in Bill’s film THE SHAWSHANK REDEMPTION. It’s an amazing bit of work showing how filmmaking is done via the various locations used in film and television. Please have a view and consider checking out his channel. Enjoy.

At last a look at Bill’s film THE UNHOLY. There’s still no word about his character’s name, believe me I’ve searched. This looks intense and up my ally as far as horror is concerned. Enjoy.

According to Fansided, Bill’s film THE UNHOLY is finally getting a release date. The film is slated to open in theatres on April 2, 2021. This is very good news in that movie theatres are slowly reopening after COVID. As of now there is no name for Bill’s character. More below.

The Walking Dead’s Jeffrey Dean Morgan will star in the Sam Raimi-produced horror film titled The Unholy. This film was formerly titled The Shrine. Deadline reports that The Unholy is set to be released in theaters on April 2.

This film is written and directed by Evan Spiliotopoulos, and this will mark his directorial debut. Spiliotopoulos is known for the screenplay for Hercules (2014), The Huntsman: Winter’s War (2016) and the live-action film Beauty and the Beast.

Raimi, Spiliotopoulos and Rob Tapert produce the movie. Raimi is primarily known for his cult horror series, Evil Dead, and Tapert is known for co-creating the Zena: Warrior Princess series.

Morgan will star alongside Katie Aselton, William Sadler, Cricket Brown, with Diogo Morgado and Cary Elwes in this film adaptation of the James Herbert novel Shrine.

What is The Unholy film about?

Morgan plays Gerry Fenn, a disgraced journalist who travels to a small-town New England town to investigate some divine miracles.

A young hearing-impaired girl, Alice (Brown), can hear after an alleged visit from the Virgin Mary. She also gains the ability to speak and heal sickness. People travel from all over to witness these miracles. As Feen investigates, terrifying events start to occur, making him question whether these miracles are divine or perhaps something evil.