Bill plays the part of Ret. General Michael Flynn in this true adaptation of the James Comey book A Higher Loyalty. In THE COMEY RULE Bill was inspired in his role. He plays Flynn as if he was nothing but a stooge. In the scene where Flynn first meets Russian president Vladimir Putin (Stass Klassen), it seems Flynn is a bit too enamoured of the despot. The scene is likely the lead-up to the infamous dinner Flynn sat in on before the 2016 election. Bill is kind of funny as Flynn, almost depicting him as a member of the Keystone Cops instead of a seasoned military man. I was a bit torn between two scenes to use for the featured post image, so I chose two. The first is his looking at a portrait of Russia Tsar Peter The Great from episode one, and the other when Flynn is enjoying what looks like a brownie. I hope Bill doesn’t mind my choosing these two images, but they sort of chose themselves. 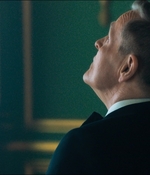 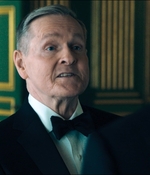 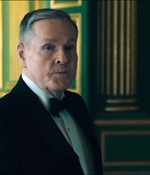 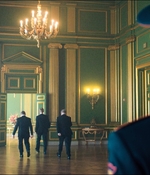 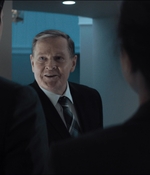 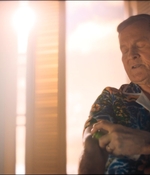 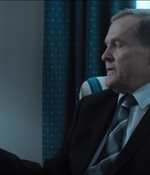 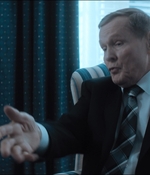