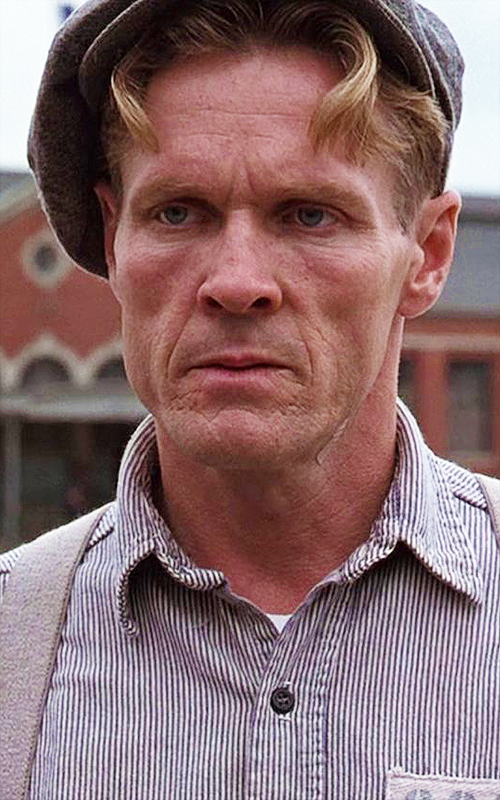 William Sadler is one of the many actors that’s been around Hollywood so long that people know his name largely because it’s been repeated enough and because they’ve seen him enough to finally keep it in mind. That’s not a reflection of his acting skills since honestly the guy is quite good at what he does. But the idea is that if he’s the featured star or at least one of them it’s still easy for Sadler to be outdone by another rising star that’s much more popular or an established celebrity that has a much bigger fan base. In other words he’s an extra that has a lot of clout in the business but is rarely a leading man for one reason or another. In truth he’s usually a lot of fun to see unless the writers have given him such a horrible back story and dialogue that his character becomes more of a caricature than an actual living and breathing presence. When he’s allowed to roam and play his character to the best of his ability it usually comes off in a very desirable way no matter if he’s a good guy or a bad guy or somewhere in between.

Here are a few things about William that you might not have known.

10. He’s returning in the next Bill and Ted movie.

Jessica Fisher from GeekTyrant seems to be just about as excited as anyone when it comes to Sadler taking on the role of Death in the upcoming Bill and Ted movie since quite honestly it seems the right thing to do to bring as much of the cast back as possible. What Death’s role in the movie will be is hard to say since everything is so hush hush, but it does seem as though he’ll play a pretty good part.

9. William was born on the same day as Ron Perlman.

This might not seem like the biggest piece of news out there but it’s still fairly interesting since a lot of people are born in the same month or the same year or close to each other when it comes to birthdays, but not a lot are born on the exact same day.

William has shown up in the Shawshank Redemption, The Mist, and The Green Mile. In each one his character has been quite different since he’s been a convict that’s not the most horrible person but is still hard to like at first to a weak-minded, sycophantic follower just trying to survive to a grieving father that lost his two little girls. He’s been equally great in all of them to be honest.

He does play the hero on rare occasions but a lot of his villainous characters are contemptible in a way that you can’t help but dislike since they’re the types that you cheer for when they’re getting pummeled. However when he plays the protagonist or a more neutral party it’s not too hard to get on his side when it’s time to do so.

6. He used to work on a lobster boat when he was first coming up in the business.

It sounds like he would scrub the decks of the boat during the day to make a living and practiced his acting chops at night to make ends meet and get his start. Everyone’s got to do something on their way up whether they’re rich or poor, and hard work is often enough to build a good deal of character.

5. His resume is one of those that’s very extensive.

When you look at this guy’s TV and movie credits you’re bound to feel your eyes widen and possibly might let out a little whistle since it’s not hard to be impressed with everything he’s done in his career. He’s been a busy man for quite some time.

One might think that he’d be worth a little more than this but then you also have to take into account that he’s usually been a supporting character or a bit-player, or even an extra, and as a result he’s not always raking in the big paychecks.

It’s almost to the point that one might think that Sadler is on the verge of retiring since he’s been in the business so long he’s likely seen it change a few times. Whether he sticks around or decides to take that long vacation though is up to him.

2. Initially he didn’t think that the Shawshank Redemption was going to be that successful.

This stemmed from his idea that people wouldn’t know what to think of the title and as a result might not think that the movie was worth much. Obviously he was wrong on that count since the movie went on to be the favorite of many.

1. He’s not all that big on social media.

This doesn’t seem too surprising since he’s kind of an old dog when it comes to the business and while some people his age are fully integrated with social media others don’t seem to have much use for it.

He’s still fun to watch and it’ll be interesting to see him back in a Bill and Ted movie.

PreviousWilliam Sadler: Film Disclosure
NextWhy William Sadler’s Green Mile Scene Was The Hardest Thing He Ever Had To Film