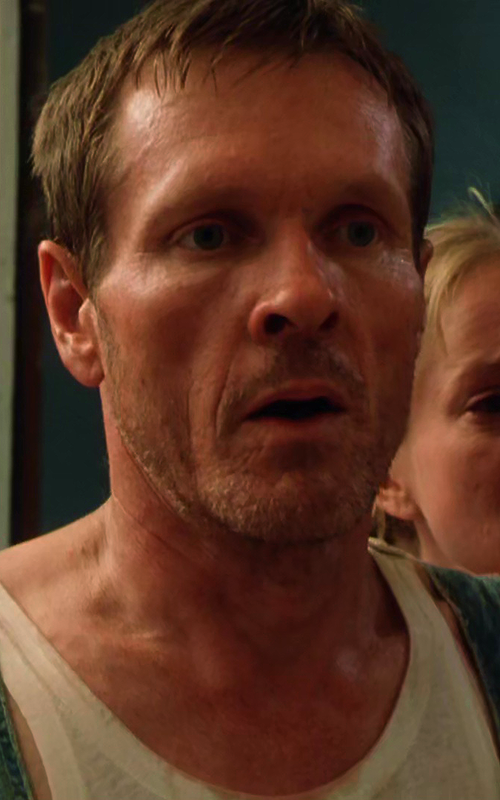 William Sadler is one of those actors who doesn’t get nearly enough credit. While he’s had a successful professional career as an actor, Sadler’s never been a huge star, even though he’s responsible for bringing countless characters to life in some of your favorite movies. He’s done everything from The Shawshank Redemption to Bill & Ted’s Bogus Journey. But the actor says the hardest role he’s ever had was in the film adaptation of Stephen King’s The Green Mile.

William Sadler will next be on the big screen in The Grudge, the newest iteration of the long-running horror franchise. I got to visit the set of the movie last year and while there, I watched Sadler performing in what was clearly an emotionally taxing scene. He plays a police detective who has become obsessed with a case and, likely with a little help from the movie’s curse, has slowly begun to unravel.

When asked if performing in heavy and emotional scenes like that is difficult, he admitted that is certainly was tough to deal with emotions like that, because they can’t easily be turned off once tapped into. The question caused him to recall a scene from two decades earlier, in Frank Darabont’s The Green Mile, which the actor called the hardest thing he had ever done on film, according to Sadler…

The hardest scene I think I’ve ever done on film was that little scene in The Green Mile where I come upon Michael Clarke Duncan and he’s holding my two little girls. And I was a young father at the time we shot it. I had a little girl about that age. And just to even go there was horrifying. But, to spend a whole day going there, seeing them, it was just awful.

In the scene Sadler plays Klaus Detterick, a father whose daughters disappear from their home. After a search, the girls are found dead, being held by Michael Clarke Duncan’s John Coffey. It is of course assumed that Coffey has killed them, and while that ultimately proves to be untrue, it’s irrelevant to the heartbreak of the scene. We watch a father completely break down at the realization his daughters are gone.

Check out the scene in the video below.

Considering that William Sadler was a young father himself at the time, it’s clear why this scene hit him hard. However, Sadler explained that what was really hard about it was that, for him to be able to properly portray the emotions necessary, he had to essentially stay “in character” throughout the day.

I just couldn’t snap into it and snap out of it. The scene required something else and the thing that it required meant that I needed to keep one foot in that all day long.

Sadler says he used to make fun of the idea of method acting and he still thinks some actors take the idea too far. For him, it seems it’s less about inhabiting a character full time and more about keeping the right emotions front and center. He says he couldn’t simply hang out at the craft service table and chat with the crew between takes because it would have taken him out of the emotional place he needed to be.

As a young father myself, who had just become one when I visited the set of The Grudge, I can’t even imagine what it would be like to spend all day stewing in those sorts of feelings. It feels brutal just thinking about it. Sadler admits that it absolutely was…

I just kept thinking they’re not paying me enough to feel like this all day long.

How William Sadler’s role in The Grudge will compare to something like The Green Mile we’ll have to wait and see. It may not be the hardest performance of his life, but it certainly appears to have been an emotional experience for him.