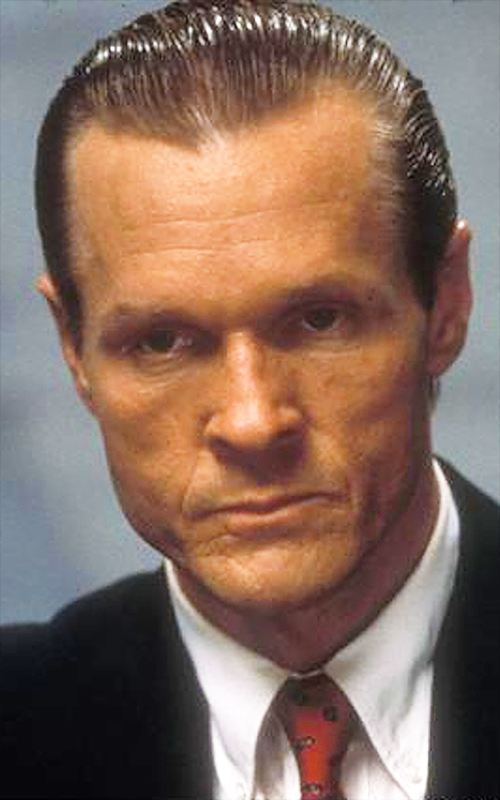 Keanu Reeves surfed the waves with Patrick Swayze. He guided a speeding bus to safety and defended humanity against a machine army. And as John Wick, he regularly goes to war with an underworld of assassins. But before all that, he traveled through time and went on a journey to hell and back. And off of that role, Reeves landed a bizarre cameo that even his most ardent fans probably don’t know anything about.

Reeves’ big-screen debut came in 1986’s Youngblood. But it didn’t take long for the actor to become a household name. After movies such as River’s Edge and Dangerous Liaisons, Reeves found his breakout movie role opposite Alex Winter in 1989’s Bill and Ted’s Excellent Adventure. That time-travel comedy became a sensation, kicking off a multimedia franchise Reeves once feared would define his career.

The movie was such a hit, in fact, that Winter and Reeves reunited for a sequel — Bill and Ted’s Bogus Journey — released just two years later. Though the second film reportedly cost twice as much as the first, it only made roughly the same amount of money. Still, fans couldn’t put a price on the chemistry between Winter and Reeves or the real life friendship that developed. Winter didn’t wait long to ask his friend for a favor.

After the sequel, he reunited with Alex Winter for a surprise cameo

While Reeves went on to be an A-list Hollywood star, Winter took a different path. Rather than focus on his acting, he became a filmmaker in his own right. In the late 1980s and early 1990s, Winter tried his hand at short films and music videos. Then in 1993, he co-wrote and co-directed Freaked, his first feature behind the scenes. Winter himself stars at a young actor who gets caught up with a group of mutants.

But Winter isn’t the only Bill and Ted alum whom fans might recognize. Reeves has a small role as Ortiz the Dog Boy. Because his character is covered in fur, the actor is unrecognizable. But his voice gives him away. Moreover, William Sadler — who joins the franchise as Death in Bill and Ted’s Bogus Journey — pops up as well, with a minor role as Dick Brian. Reeves has long admitted his career seems surreal. Freaked certainly is.

Even though Freaked didn’t become a mainstream hit, it has found a cult following since its release. But the franchise that brought Reeves, Winter, and Sadler together persisted. Decades later, the three actors would return to their respective Bill and Ted roles in 2020’s Bill and Ted Face the Music.

With that movie out into the world, Reeves is shifting his attention to The Matrix 4 and more John Wick. Even on paper, few likely expected Freaked to connect with audiences. However, it was a stepping stone into continuing to build a relationship between all three actors who went from Bill and Ted to a video store.

PreviousWhy Heywood From The Shawshank Redemption Looks So Familiar