The website JoBlo has named its ten best streaming Christmas movies. And DIE HARD 2 was among them with honourable mention given to a certain nude Tai Chi lovin’ psychopathic killer we all know and love. Hint: Check this site’s subject. One of the clips they show is from the scene where John McLane (Bruce Willis) is in the cockpit of the plane Bill’s character Col. Stuart is shooting up into. Later McLane ejects the seat saving himself. I keep remembering a funny story Bill tells of filming that scene and making the sound of the machine gun, the sound mixer on the project, Tim Cooney, having to come and tell Bill he didn’t need to make the sounds. That’s what he was for.

Christmas movie sequels don’t come around too often, let alone Christmas sequels that are actually good! Yet, some do exist and, for this list, I have TWO… Yes, Die Hard IS a Christmas movie, but what some may not quite comprehend is that its sequel is ALSO a Christmas movie… and surprisingly, a damn good one! You’d think John McClane fighting off terrorists a second time during Christmas would be asinine, yet somehow through Bruce Willis’s everyman charm and a wonderfully merciless main villain (played by William Sadler), the whole thing works! And… with Bad Santa 2, Billy Bob Thornton’s “Willie” picks up right where he left off, despite the thirteen-year gap between both films. All the dirty, potty-mouthed magic of the original is back with the new addition of the always-game Kathy Bates as Willie’s mama! Funny times!
Stream Die Hard 2 right now on HBO Max. Stream Bad Santa 2 right now on Amazon Prime. 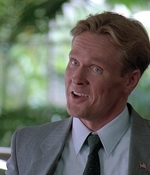 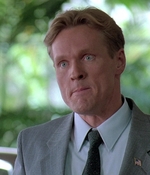 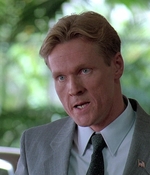 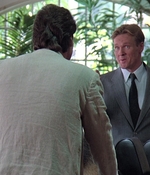