Bill was just plain creepy as Monroe in this 1991 film RUSH. The whole film is depressing and sad, but Bill’s one scene is enough. The performances were amazing and the ending is one to remember….an ending I won’t give away in case you haven’t seen it. I am including Bill’s only scene because it’s not that long. And gotta say it, Bill looks very good in those overalls. Even the tattoos look good, though thank the gods they’re rub ons. I’ve also included the opening credits to Bill’s then the final credits including the song Help Me Up written and performed by Eric Clapton. Please click on the links below. 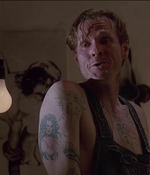 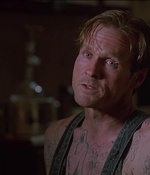 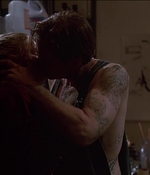 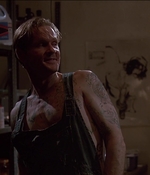